Europe, a Surf Destination for Aussies ©

Many young Australian surfers make an initial surf trip to Europe traveling by car or van along with their surf boards and wetsuits over the course of a few months, passing through non-surfing cities like London, Amsterdam, Paris, Bilbao, Santiago and Lisboa, and surf destinations like Landes, Zarautz, Mundaka, Somo, Salinas, Pantín and Peniche to wrap things up in Morocco or the Canary Islands.

Normally, they land in London where they venture around what is a great and old city and then buy a used van to start off on their journey, making pit stops in cities like Amsterdam and Paris, which while some distance from the waves cannot be missed.

They then travel down to the south of France, specifically to Landes (Hossegor, Seignosse) where the best beach breaks in Europe can be found aside from Peniche, Portugal.

These waves are strong, break close to shore, and are quite hollow, which makes it easier to catch very nice tubes, though you have to be a good surfer to do so. Biarritz, Guetary, and Saint Jean de Luz are also musts when it comes to stopping along the way. The Côte des Basques (the Basques’ Coast) beach in Biarritz is an important spot for longboarders.

After crossing the border, they may catch some waves at the Playa de Gros in San Sebastian and have some pintxos in the city where food is a religion and more than ten restaurants boast at least one Michelin star.

Zarautz, perhaps the European capital of surf is another stop for very skilled surfers, but they must continue down to Mundaka, near Bilbao, where the waves can range between 1 and 3 meters high with offshore winds that help create what are the longest waves in Europe. They break over a sand bar in the mouth of the Gernika River.

Following the coast of the Cantabrian Sea to the west, great waves can be found in Somo, Liencres, Santa Marina and Los Locos in the province of Santander.

In Asturias, apart from Gijón, two beaches that cannot be missed are Rodiles, with a sand bar as well, and Salinas, which is a great place for longboarders.

The beach of Pantín in Galicia is a reference point for surfers, but Santiago is a requisite. Nowhere near the waves, it is the end point of the Saint James Way or Camino de Santiago, possibly the first touristic route in history.

Having reached the Atlantic Ocean, the surfers continue down through Portugal, stopping in Peniche, where another beach break offers waves as hollow as those in Landes, and Ericeira, where waves break to the right over a rocky bottom.

As they reach the southern part of the peninsula, they have two options for the rest of their migratory route.

The first is to cross the Straight of Gibraltar over to Africa, arriving in Ceuta or Tetuán, and to go down the coast (around 3,000 km) to the legendary right-breaking wave of Anchor Point in Taghazoud near Agadir.

The second option is to take the boat to the Canary Islands, geographically Africa but politically belonging to Spain. Seven islands to choose from with excellent waves, the majority of which break over rock. The left at the Playa de Las Américas in Tenerife stands out, as do the rights in Gran Canaria, El Confital, and Lanzarote La Santa.

Autumn is the best time of year to make the trip as the waves are strong and the southern winds blow offshore in the Cantabrian.

It is always a good idea to be respectful of local surfers. 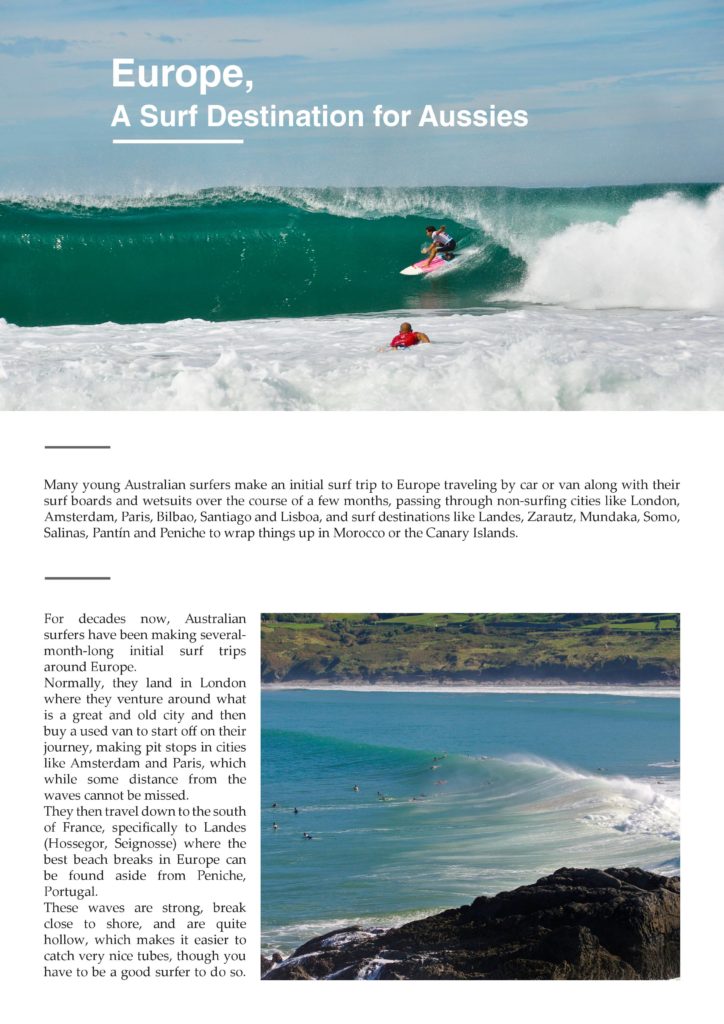 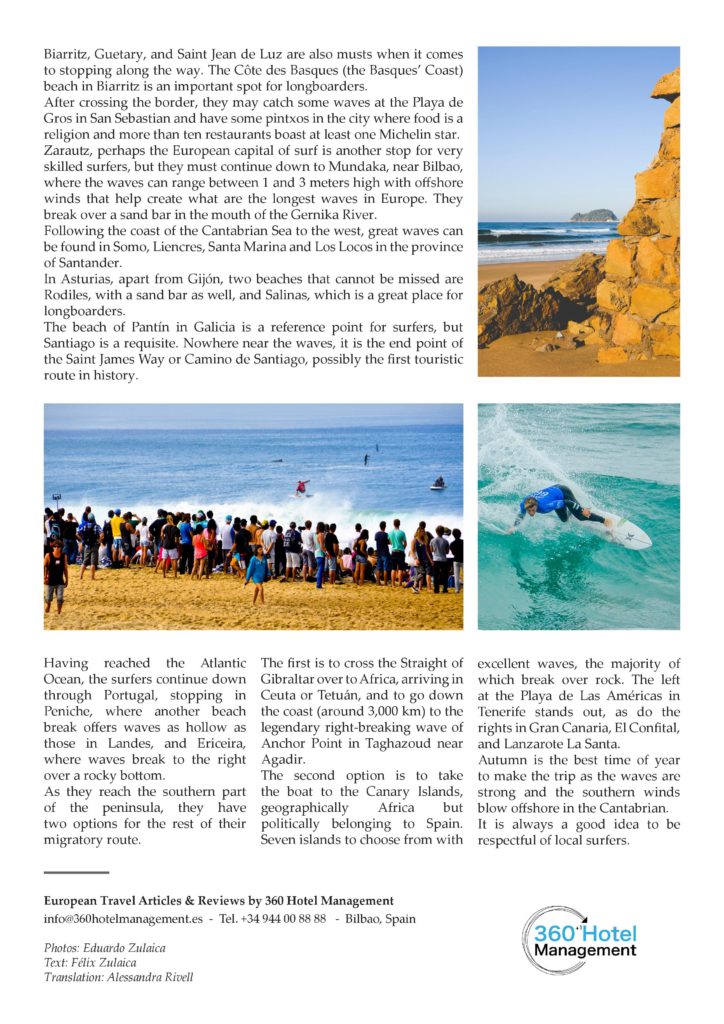 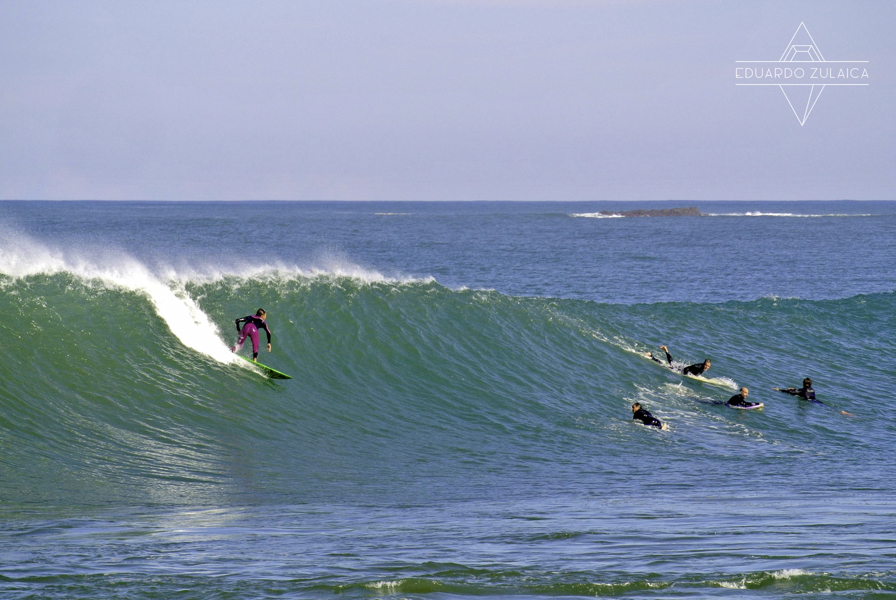 A Surfer taking off at Mundaka. Basque Country 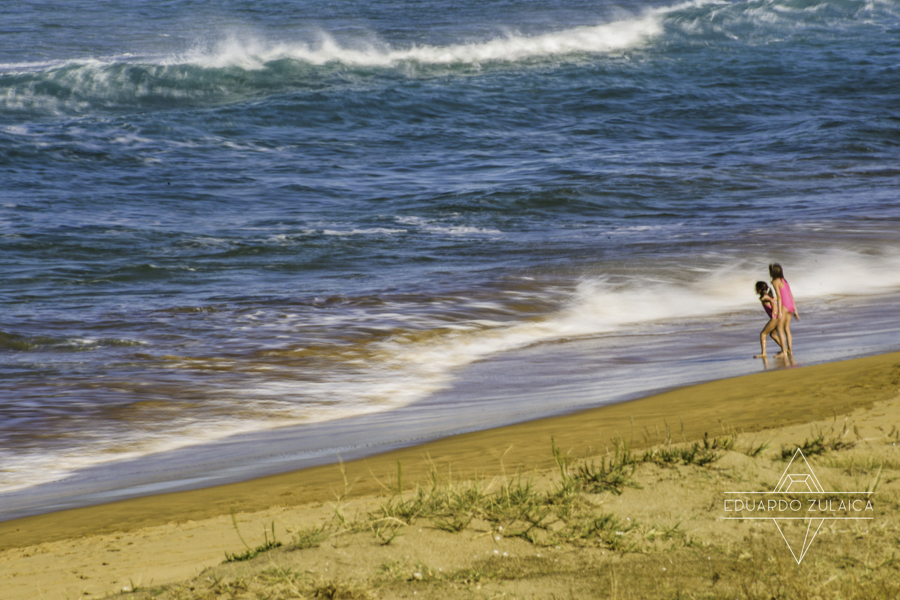 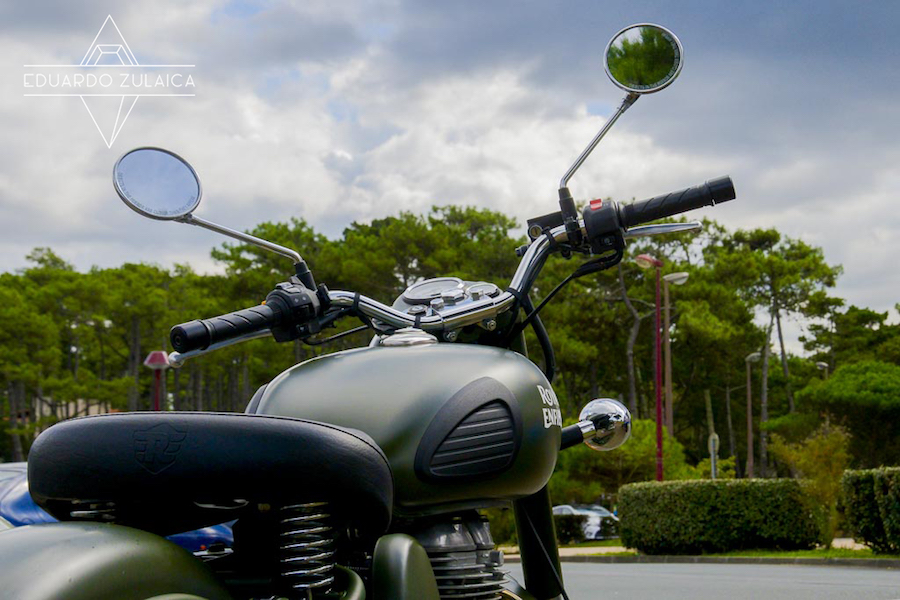 Yo can find old bikes in european streets. The Royal Enffield. 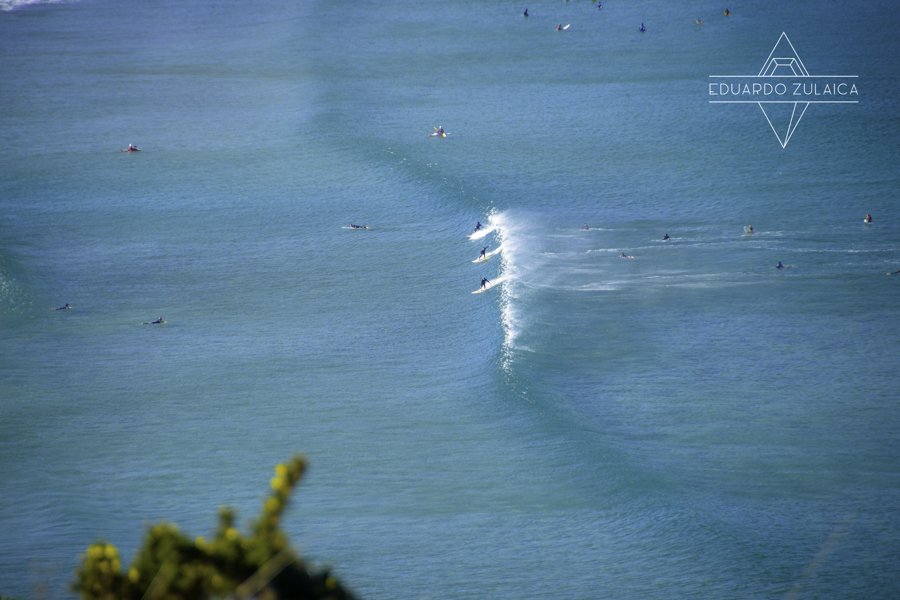 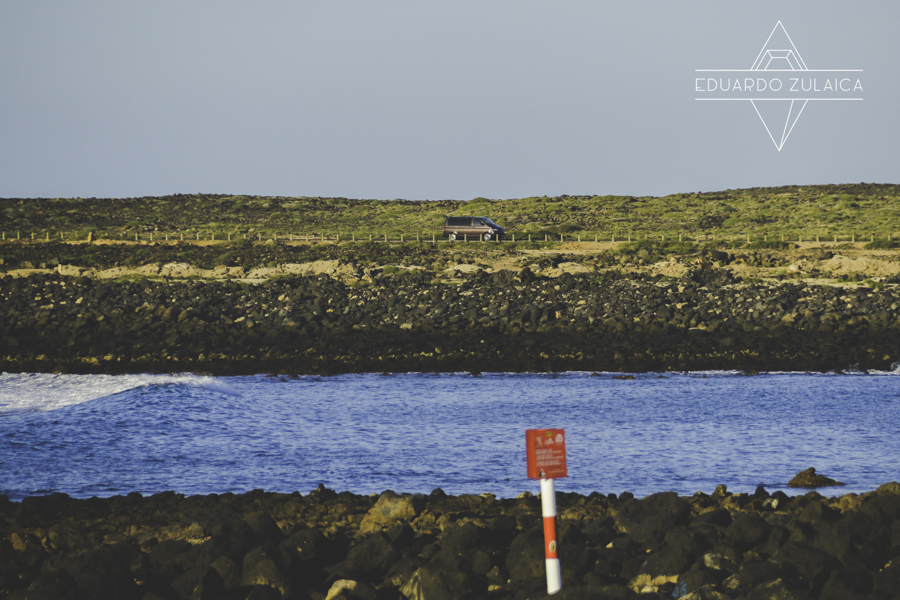 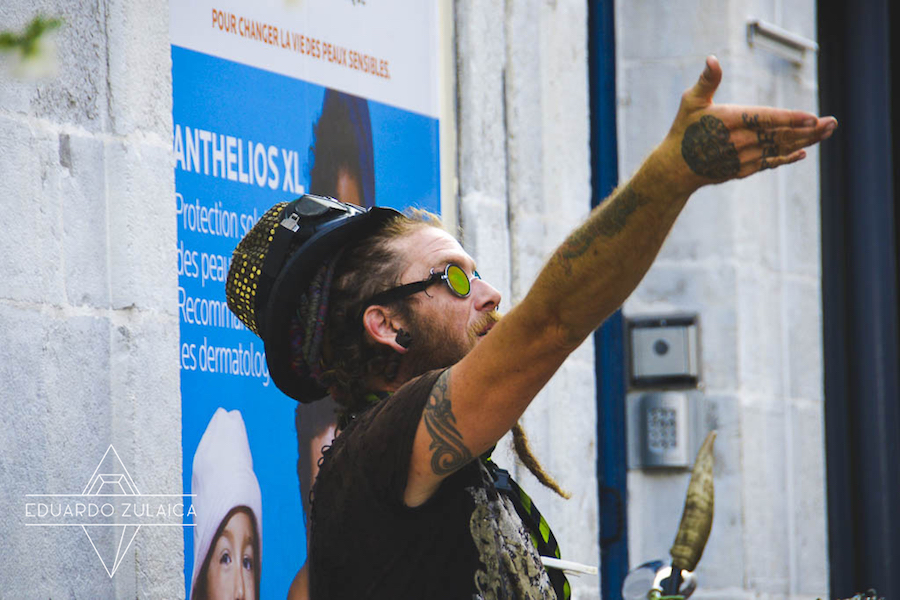 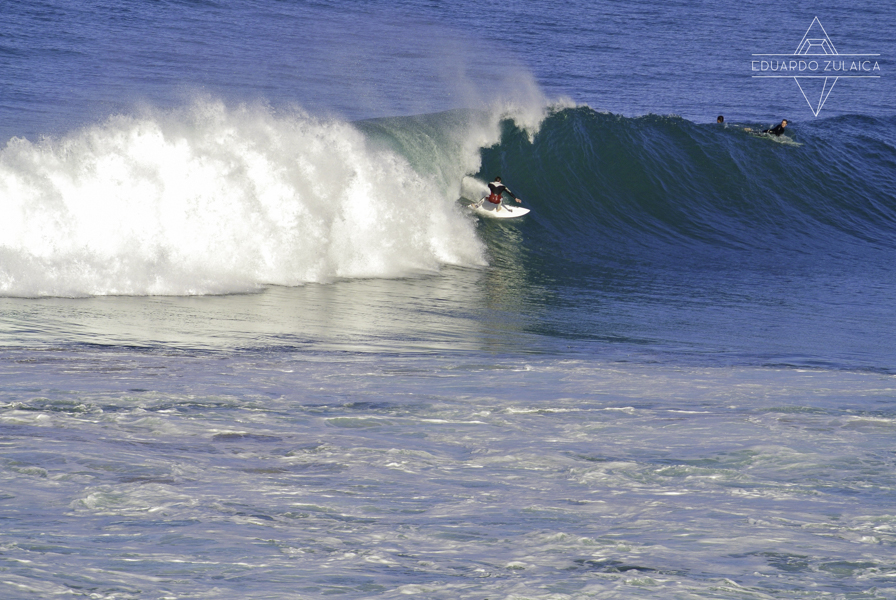 Mundaka, the best wave in Europe, is the main destination for aussies since decades. 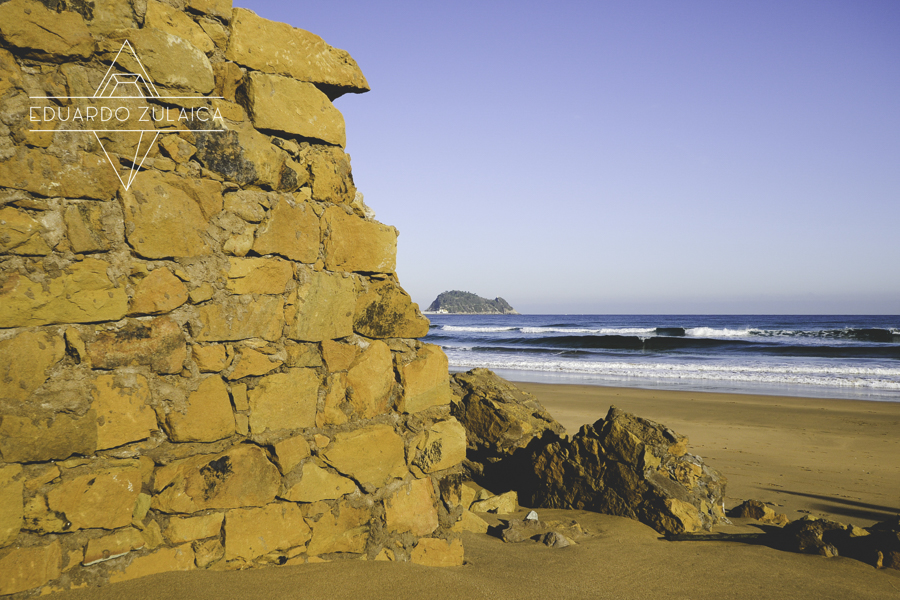 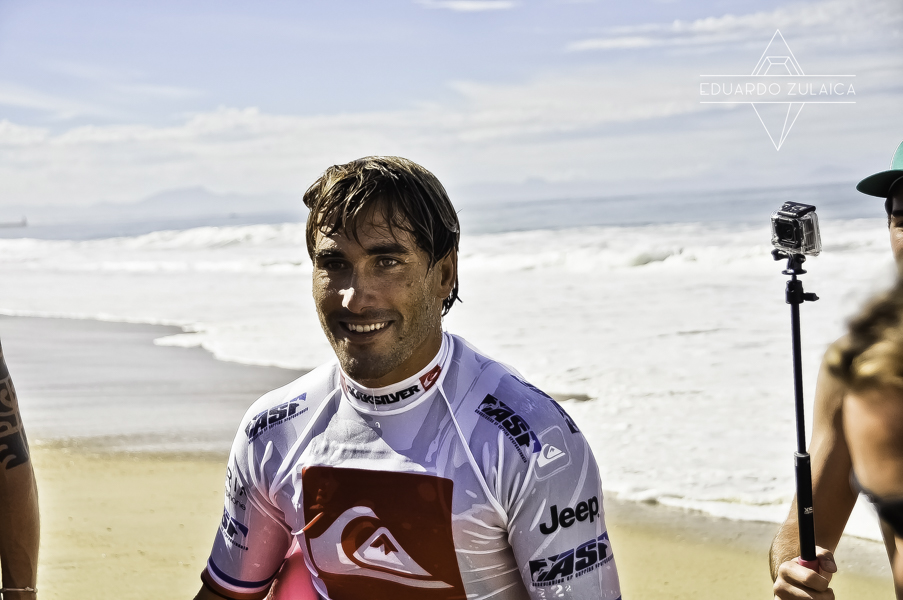 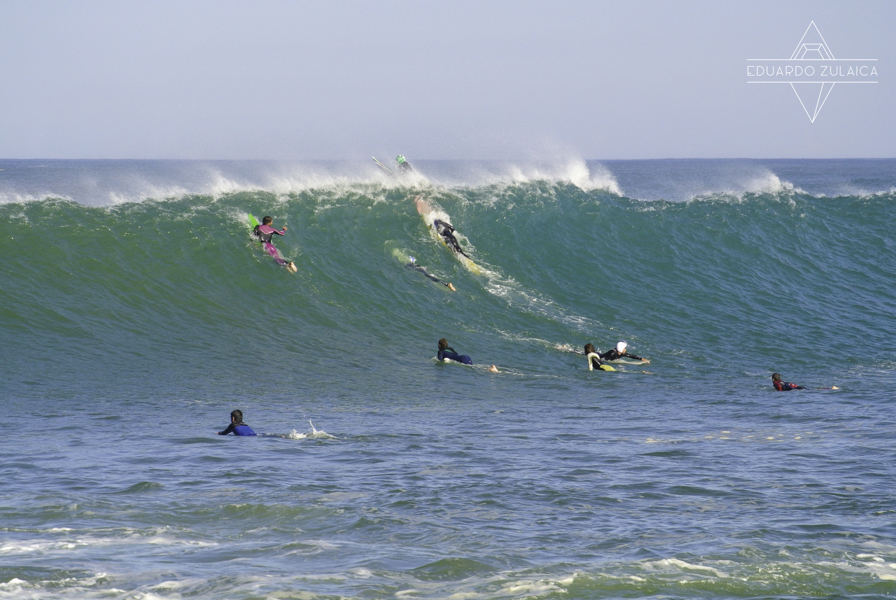 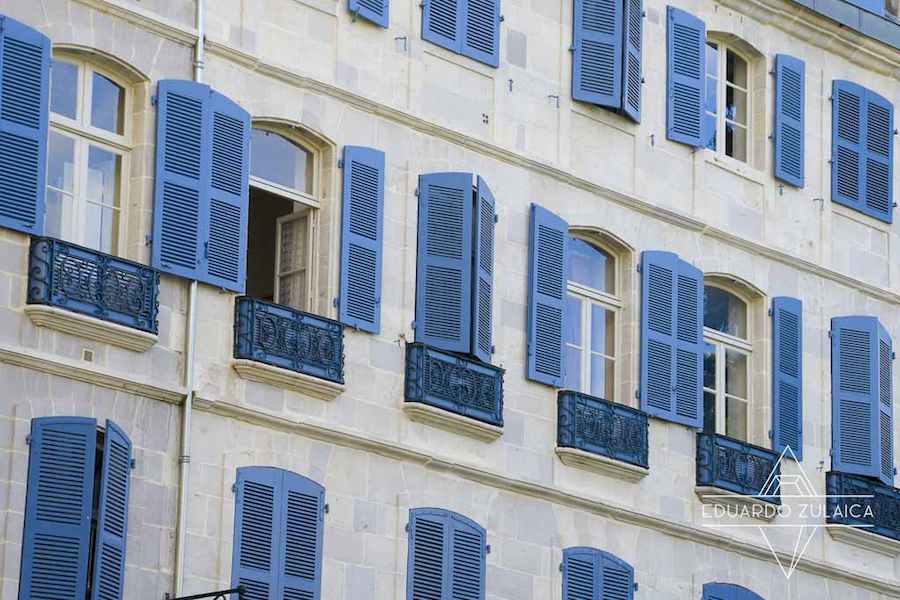