Ken Follet arrived in Vitoria-Gasteiz, Spain, on the 10th of October 2002 to give a conference. While there, he was able to witness the restoration process at Santa Maria Cathedral, otherwise known as the Old Cathedral. This brought him to reflect on how his novel The Pillars of the Earth would have turned out if he had known of the project underway in Vitoria.

Follet published The Pillars of the Earth in 1989, and it quickly became one of the most widely read novels of the second half of the century. Inspired by his visit to Santa Maria Cathedral, he set out to write the second part of the trilogy, a novel titled World Without End.

He is currently working on the third part of the saga, A Column of Fire, which is to be published in September of 2017. Though most of the action of the third novel takes place in the town of Kingsbridge, England, some passages are set in Seville, Spain.

In Pillars of the Earth, Follet takes us on a journey through the construction of the Kingsbridge Cathedral, which we experience through the lives of the characters Jack and Tom Builder, Aliena, and Ellen.

The guided visit through the work in progress is called “Open For Works,” which perfectly sums up the effort being made to keep the cathedral alive. In fact, mass is already being celebrated there as the covered areas are nearly finished.

Outside, a statue of Ken Follet stands, naturally, contemplating the cathedral.

The tour begins in a house attached to the cathedral where visitors are shown an introductory video. Then, by way of a gorgeous wooden staircase, we enter into the basement of the cathedral, passing through its walls where the heating pipes would have been.

We then reach what was once the ground level, which was excavated for restoration purposes and is where the museum has been since its inauguration in 2016. Roughly 2,000 tombs were laid there, some of which are seen in the museum. Three fascinating models depict the evolution of the Old Cathedral since its time as a church fortress with a walkway rounding the building to keep watch over the horizon.

Moving up to the modern-day ground level, to the church, the floor is made of oak except under the altar where it is made of marbled Markina limestone, highly regarded throughout the region.

What was once a parish church became a collegiate church in the 15th century and later, in the 19th century, a cathedral.

Restoration began on the cathedral due to a series of circumstances which have caused great damage to it over time and which, if left unattended, represent a great threat to the integrity of the building. Like in The Pillars of the Earth, a stone fell from high into the interior of the church.

Centuries ago, the wooden vault was replaced by a much heavier stone one. In the 16th century, four arches (bow struts) popularly known as the “Arches of Fear,” were built to add structural support. This additional support was lost when they were taken out in the 1960s.

The current view of the main nave is bowed. With its warped columns, its shape is much like that of a melon stood upright.

This may be seen in some of the photos and is especially noticeable in the triforium walkway, some 20 meters high. It is a very narrow walkway that runs through the whole of the nave’s interior, attached to the chemin de ronde or patrol way, from which sentries once stood guard.

From the triforium, we walk up the three-tiered tower. The rectangular first section dates back to the 16th century. The middle section is octagonal and was constructed in the 18th century, its cantilever vaults doubling the number of sides. The third tier is a capital piece built in the 19th century. The views from the top of the tower look out in the four cardinal directions.

On the walk to the tower, visitors catch a glimpse of the workers who are finishing the roof.

The visit reaches its conclusion at the portico, the headphones can come off, and a screening of how the paintings in the cathedral evolved over time is shown.

Just outside of the cathedral, we can find the restaurant El Portalón, a classic that has been serving Vitorian locals since the 15th century.

The Old Cathedral of Vitoria is also situated in the “Almendra,” a historic Vitorian area whose shape is that of an almond and whose narrow streets are a delight to wander through. The city of Vitoria is without a doubt a pleasure to explore on foot. 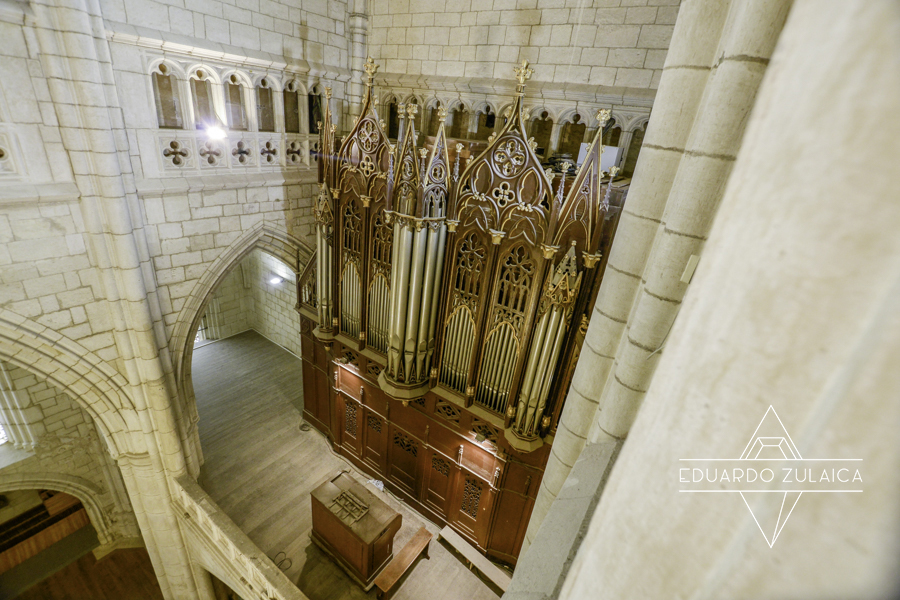 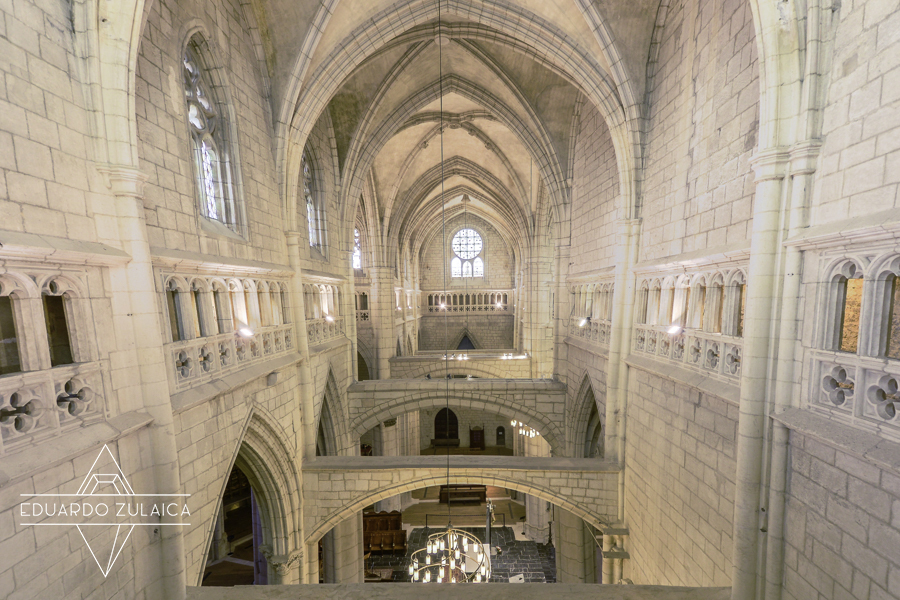 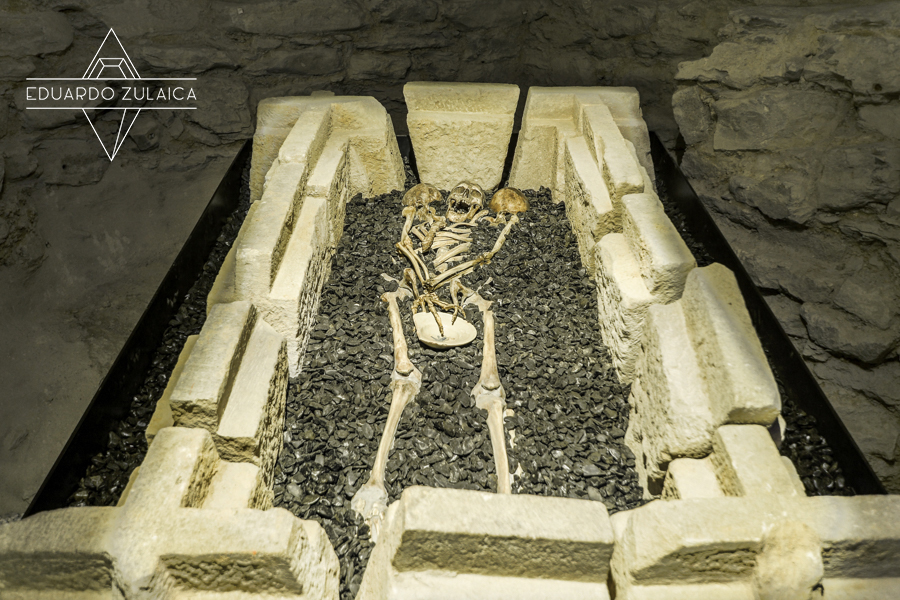 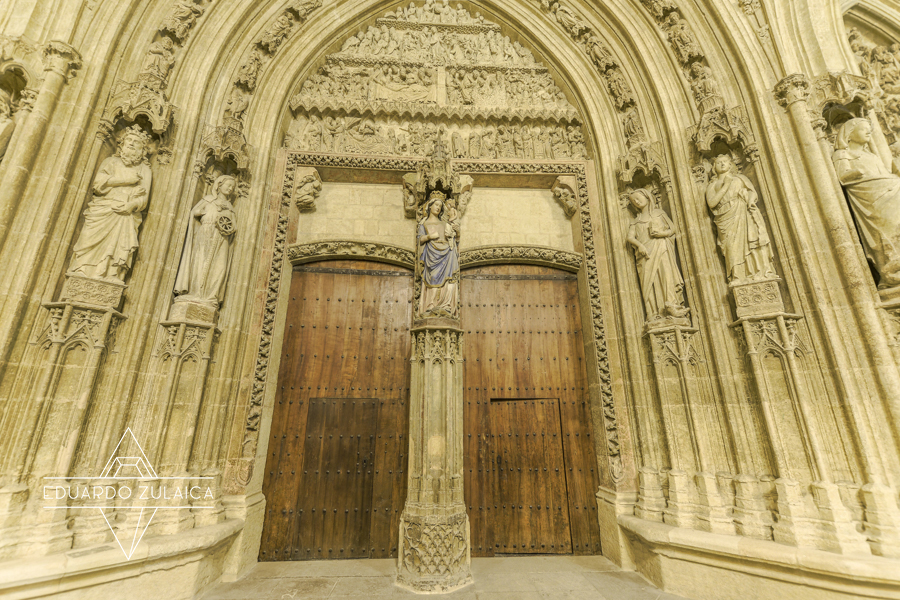 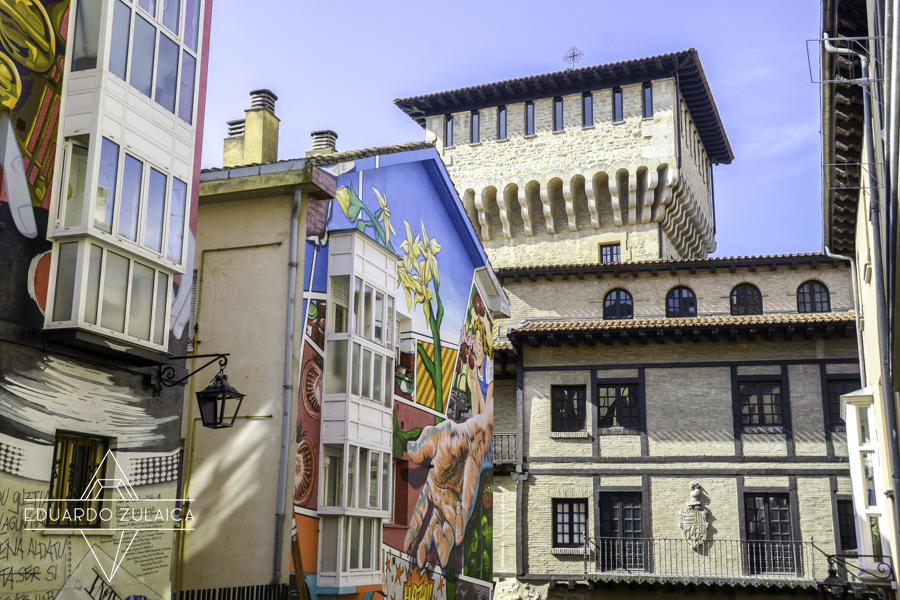 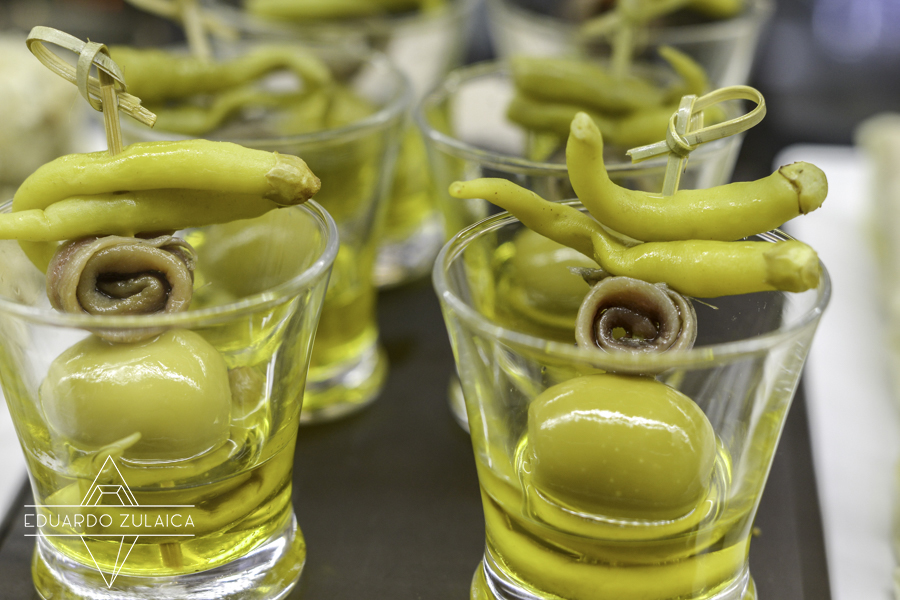 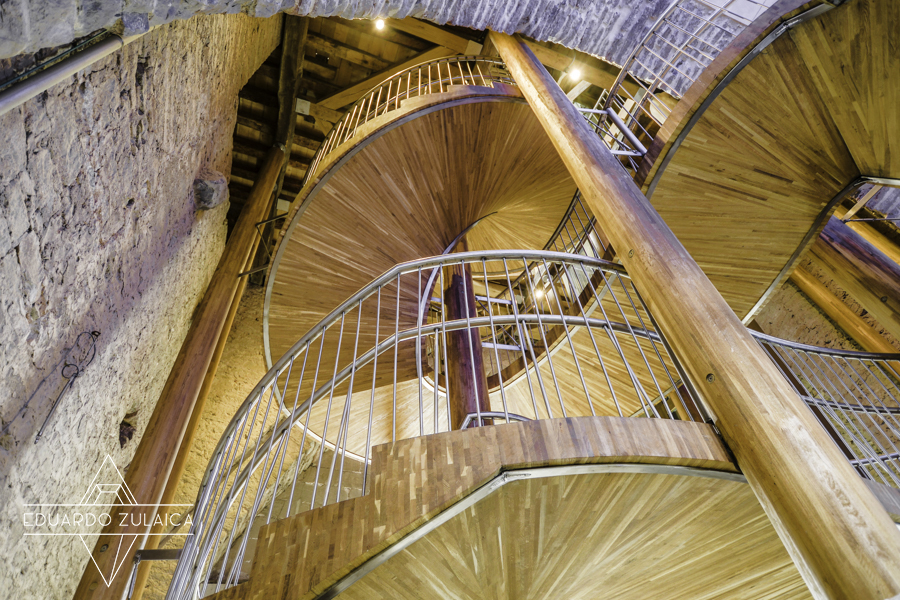 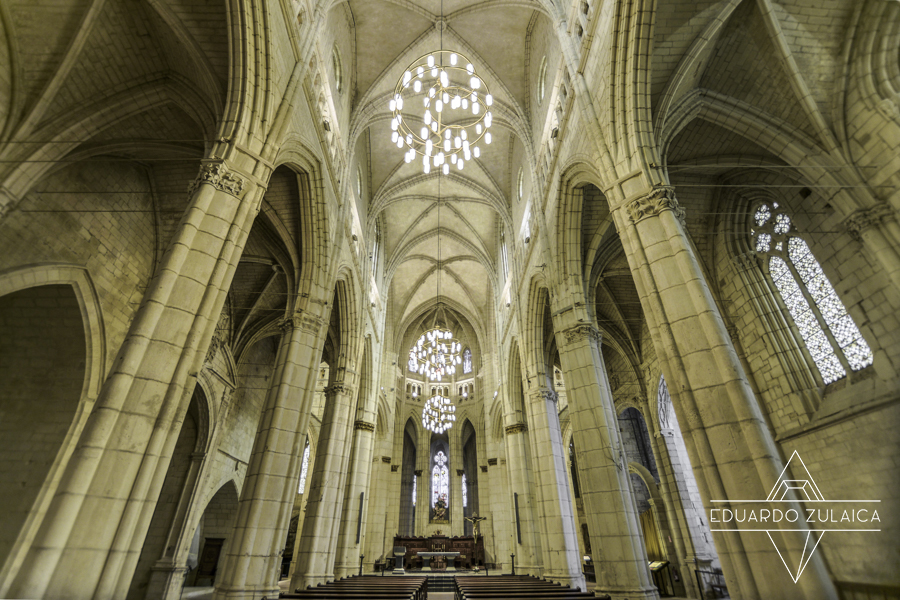 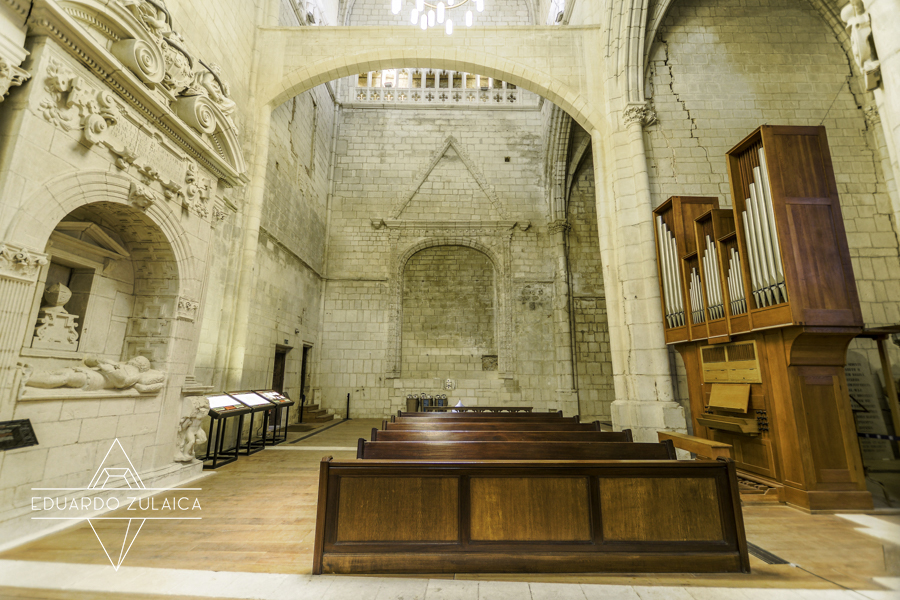